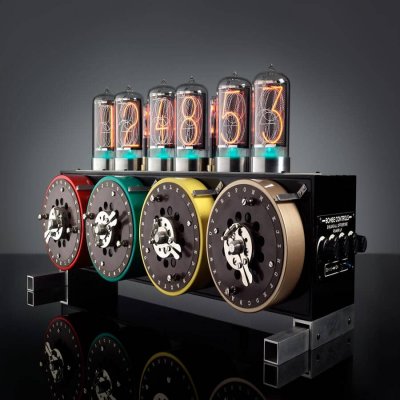 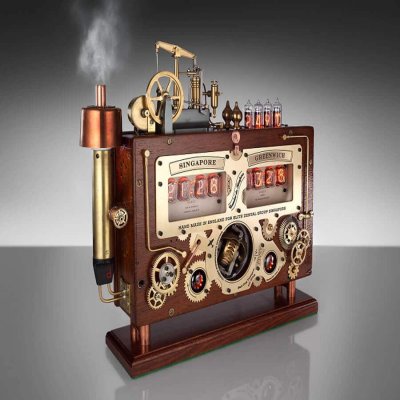 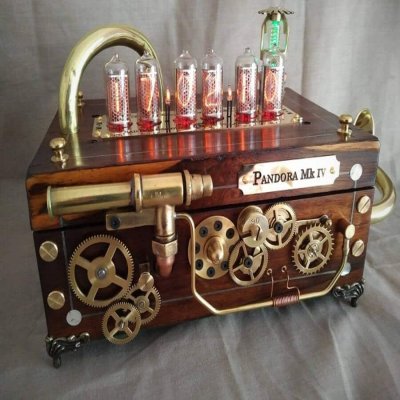 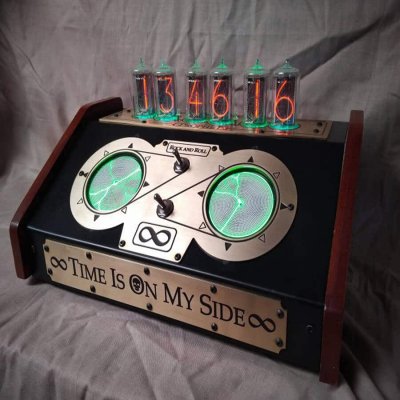 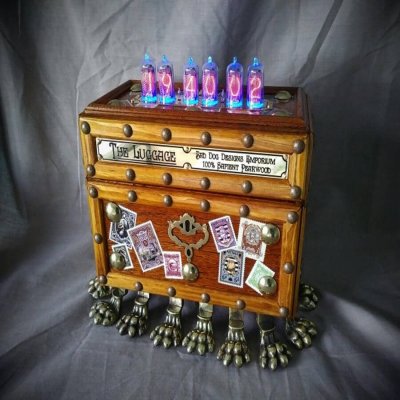 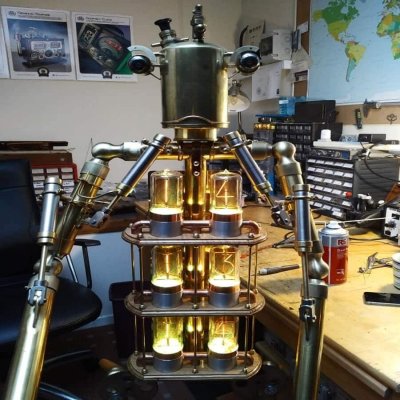 When it comes to how the business first began, Paul “never started out to be a clockmaker” but has always had a passion for making things and even as a kid, “was always taking things apart.”

Up until recently, he had a day job working as a systems manager on the M6 Toll road. “I didn’t like the way my future was going. I’m an electronics guy and wanted to get away from the office and do something I love. That’s why I decided to set up Bad Dog Designs.”

We asked him how he would describe his style and he told us that he covers lots of styles like contemporary and vintage. “I personally love the steampunk style which uses brass and wood. My customers also love this style because it is unique.”

Interestingly, Paul told us that for every contemporary clock sold, he probably sells about 10 steampunk ones which shows just how popular they are!

We were keen to find out where the inspiration for each clock comes from and he told us that “ideas just come” to him. “I have Asperger’s which gives me a creative streak. I have the ability to look at something like an old phone box and imagine what it would look like as a clock.”

“I can wake up at 3am with my next big idea. I like making different clocks, it means that I’m never bored and it’s always a challenge.”

One reason that Bad Dog Designs has become so successful is the fact that they offer a unique product to each and every customer. The attraction is that the clocks are not mass produced and if you request an order, you know that you are getting something that no one else has.

Around 95% of the orders placed with Bad Dog Designs are commissioned pieces. Many of these customers ask for something like they have seen on the website and often take ideas from different clocks. “Customers usually have an idea of what they want but I mostly have free reign and flexibility with what I do.”

Over the years, Paul has made 300-400 clocks but still doesn’t actually own one himself! His favourite, and probably ours too, is Wilson. He has been commissioned for a hotel in Singapore and is made from brass, weed sprayers, curtain poles and lots of other funky items.

So far, it has taken two years to build Wilson, although he isn’t quite finished yet. “I’ve had Wilson the longest which is why he’s my favourite. He’s more like a companion than a clock to me now.”

Bad Dog Designs has won lots of prestigious awards over the years, like #SBS and Crafts Design 2016. Paul told us that they have helped him to gain exposure and have given people confidence in the business. “Social media actually does more for your business than winning these awards. People may never have seen a Nixie clock but I can show them on social media with a picture.”

Most of Paul’s time is taken up running Bad Dog Designs but because this is something he loves, he doesn’t mind! “I don’t have much spare time. There’s always phone calls and emails to be answered, and I get lots of international work. When I do get chance, I play the guitar and piano, although they’re currently gathering a thick layer of dust!”

Bad Dog Designs has come a long way from when it was originally run out of Paul’s spare bedroom. They have lots of exciting plans for the future, including selling in person. “We have only ever sold online but are now looking at selling physically. We will be at the 100% Design Show in London in September. This will be our first show and I’m very excited!”

As well as taking part in our interview, Paul also contacted us for a craft insurance quote for his business. We were keen to find out what made us stand out and he said; “It is difficult to get insurance that covers what I do, especially because I export all over the world. I have been on lots of comparison sites but a lot of them can’t offer specialist insurance. I was confident that CraftCover would be able to help me.”

We want to thank Paul for taking part in our Crafter in the Spotlight, we wish you all of the luck for the future! 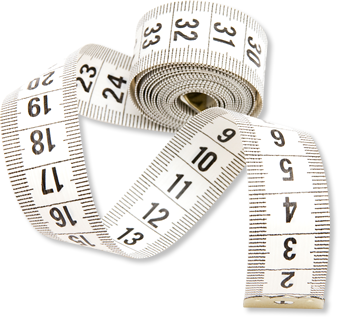